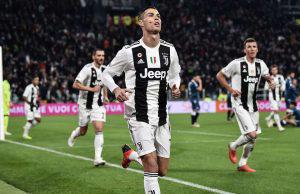 We’ve got five games from across the world for accumulation this weekend, and punters can bank on this game to pull through which are based purely on analysis and forcast.

Arsenal to win at Tottenham

Arsenal are on a three game winning streak, and going by the pour form of Tottenham, you can bank on a resurgent Arsenal team to come up with the goods.

The Gunners are also on a two-game away winning streak and with their strikers firing, they should have no problem seeing off a Tottenham side that drew their last match against a poor Bournemouth side in midweek. An Arsenal win at full time is priced at 2.68 odds on Bet9ja

Both Teams To score at Anfield

Liverpool take on Burnley at the Anfield stadium, and the Clarets are supposedly chasing an European ticket. If the Clarets manage to overcome this tough hurdle,they could have a chance to represent England in Europe next season.

Moreover, the three teams ahead of Burnley all have tough matches to contend with this week. While Liverpool remain a tough opposition, and have showed no sign of slowing down since winning the league, their defence have been shaky of recent. We predict both teams to score in this match which is priced at 2.05 odds on 1xbet.

Chelsea take on Sheffield this weekend in a bid to boost their hold on the Champions league ticket. The Blues are the favourites going into this match and are one of the best teams in the league on current form.

Their attack have been good since the restart, and having it in mind that a slip up will see either Leicester or Manchester United topple them, expect nothing but a win against Chris Wilder’s men. Though, the Blades would be no pushovers, as they have proven to be a tough nut to crack, punters can count on Frank Lampard’s side to come out victorious. That is prized 1.67 for odds on Betway.

Both teams to score at the Allianz Stadium

This is an interesting match against the league leaders Juventus and an Atalanta side that have proved themselves to be exciting to watch, and as well adventurous.

It is one of high importance for the title challenge of Juve, and will be closely monitored by Lazio, who they face later this month.

Juventus will be wary of any slip-up and will go into the match looking to put behind the disappointment of losing to AC Milan last time out. Atalanta on the other hand, possess a phenomenal attack capable of troubling any team, they have scored 85 goals this season and are Champions League hopefuls themselves. Expect them to attack Juventus with bravery bearing in mind that their defence conceded four goals in 18 minutes in Milan. BTTS is thus, priced at 1.46 on Betway.

Pep Guardiola’s men come off the back of an emphatic 5-0 win over Newcastle, in which David Silva was the star of the match. Brighton on their part, lost 3-1 to Liverpool in their last time out.

City are thus, the overwhelming favorite to win this game. They have a 100% winning record against this side for the past two decades, and that doesn’t look like ending in this match. The reverse fixture was a 4-0 win in favour of the Citizens, and we also expect an emphatic win from them this weekend. Their win at full time is priced at 1.27 odds on Betwinner.