Best three-fold picks to bank on for Monday 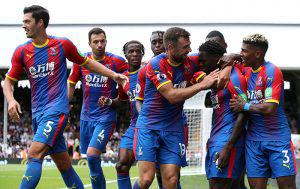 Our Monday’s treble-bet will feature Crystal Palace’s home clash with Burnley in the Premier League, Real Sociedad’s trip to Getafe for a likely gruelling La Liga game and then rounding it off will be Marítimo who try Benfica for size in the Portuguese Primeira Liga.

Check out what we think about these games from our betting tips column, and while you make value from our preferred betting angles, always remember to them with your friends.

Crystal Palace have had quite an impressive season, and a best-ever Premier League finish of ninth or above and even a club-record points tally could be in the offing for Roy Hodgson’s side who host Burnley at the Selhurst Park here.

Prior to losing to newly crowned champions Liverpool last time out, the Eagles had won four successive top-flight games without conceding for the first time in their history and can be backed to return to winning ways yet.

They are tied on 42 points with Burnley coming into this game, and have won all of the last four league meetings with them, including winning the reverse fixture 2-0.

Burnley put behind the 5-0 thrashing at the hands of Manchester City when they pipped Watford 1-0 last Thursday, and will approach this one with enthusiasm. But we feel the hosts have enough quality to make the difference and nick a win offered for 2.39 by 1xbet.

Getafe and Real Sociedad to draw:

Getafe have drawn four of their last five league games and come into this game in dire need of points in their bid to qualify for the Champions League. Four stalemates on the trot versus Eibar, Espanyol and Real Valladolid have threatened to derail the ambitions of Azulones, but they get a chance to put some important points on board here, with Villarreal and their opposition Sociedad breathing down their neck.

Real have not fared any better, having lost all of their last three league games and are winless in the last four, thus slipping into seventh on the division standings.

Both sides do not possess enough quality to be backed for a win, and though the hosts by virtue of home advantage and sheer resilience which they have become accustomed to can be able to grab a win, we will back share of spoils for odds of 3.00 by Bwin.

Marítimo endured a disappointing defeat at the hands of Portimonense SC, which put them even closer to the relegation zone. Thus, pressure will be on José Gomes’ side, who need to improve at the
back in order to secure points from what is potentially a very stern test for them.

Benfica themselves, are currently facing an unsavoury run of results. Sitting just three points off Porto, they conceded four goals at home against Santa Clara last time out, something you have to go as far back as 1997 to the last time it happened, and have only won twice in the last 12 matches they have contested in all competitions, which is a club record.

We are tipping them to put aside their troubles and post a victory from this game, and you can get odds of 1.50 for that market on Bet9ja.