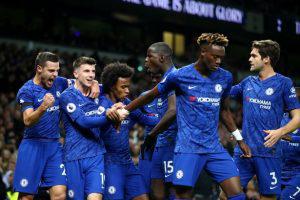 The fun and thrill of football matches continue across the world this Tuesday and we’ve picked three matches that can be banked upon by punters.

Atalanta are imperiously going after a top-two spot, and if possible, even for the title. They should have made major hiccups in that regards the last match-day, as they played defending champions Juventus only for two controversial penalty decisions to go against them.

They play Brescia who are one of the worst teams in the division this campaign, so not only is this squad placed in the bottom tier of the table, but they are massively inexperienced too, as they had gained promotion just the past summer.

On top of that, Gian Piero Gasperini’s men have a great h2h record against this rival over the years, and with this one taking place at their home ground, they will enjoy home advantage. By the looks of things, expect a dominant Atalanta win this Tuesday.

Atalanta won the reverse fixture by three goals to nil. As things stand, Atalanta have the advantage. They have been one of the best team in the competition , and are desperate to make the most of this form to earn them a top four finish.

On the other hand, Brescia are one of the worst of the bunch in Serie A, and are also inexperienced in the top flight. They are also winless in 17 of their preceding 18 overall games, and had lost seven of their former eight road trips.

Expect a convincing win by Atalanta with alot of goals. Over 3.5 is priced at 1.71 odds by Betway

Benfica to pick an important win

Benfica lost two of their recent five matches, and four of their last five clashes in the league saw both teams score in the game. Their loss on the road was the only time they failed to score in that period.

The visitors recorded two wins in their last five matches, and apart from their wins, three matches saw both teams score in these games.

The reverse fixture saw Benfica win by a lone goal and they should be raring to go against Vitoria De Guimaraes as they are in a pleasant form in the league with no threat to their Champions League position which they will want to strengthen further.

The host will enjoy home ground advantage as they have been unbeaten in all clashes against this opponent since 2014.

In the meantime, Guimaraes is in a mixed form on the road this season in the league. Their away form is not so good and they haven’t been successful in their recent visits to this venue either.

Considering these, expect Benfica to grind out a win against this opponent. Benfica to win at full time is priced at 1.58 odds by Bet9ja

Chelsea will be looking to bounce back from the disappointing loss against Sheffield United when they welcome already-relegated Norwich City to Stamford Bridge on Tuesday night. The race for the top four in the Premier League is poised to go down to the wire, with Chelsea, Leicester City and Manchester United battling for the two spots behind Liverpool and Manchester City.

Chelsea were not made to rue their slip to Sheffield by other champions league hopeful as Leicester was beaten by Bournemouth, and Southampton scored a late goal to deny Manchester United of three points in the last round.

Chelsea will fancy their chances of picking up a positive result against the worst team in the Premier league though, having won each of their last four Premier League games at Stamford Bridge. Norwich should pose little threat to Frank Lampard’s men. Four of the past eight clashes at this stadium saw the home team scoring four or more goals.

Punters can bank on Chelsea to win in emphatic style at Stamford Bridge on Tuesday night, and the Over 2.5 goals pick priced at 1.40 odds by Betwinner should come good.