Best betting tips to bank on for Thursday 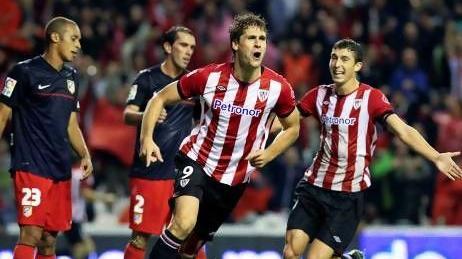 Thursday night football draws the curtains on an entertaining mid week battle of teams in various leagues, and with the stakes always known to be high around here, Bookmakers Africa brings you the very best picks for today.

Atlétic Bilbao to win either halves

Atlétic Club Bilbao has failed to find some consistency in their games this season, and series of disappointing results has seen them in the lower half part of the table with their current 11th place on the log to show for it. They play a very resilient team in the form of Real Sociedad next in a match they know they can get something out from.

Real Sociedad has had a major dip in form with the team still winless in a run that stretches to nine games, They head into this match in a quest to get all three points in a fixture they know would be as tough as rock.

Both teams come into this match having been on a poor form in their last six games, Bilbao fares better as they have managed to win a match but for Sociedad, it’s a question of what went wrong as the team still struggle to get their first win since the 22nd of last month. Atlétic Bilbao has won an impressive four of their last five home matches and could very well sneak in a win in either halves of this tie. 1xbet places the odds at 2.066 odd.

Both teams to score in Osasuna vs Alaves tie

Osasuna tough start to life in the La Liga Santander continued when they drew 2-2 at Elche in a match they came out winners at half time, that result meant they have failed to win any of thier last eight league games (W0, D2, L6). They currently sit on the 19th position on the log and with this home match in sight, they could do well to get the much needed win to boost their chances of survival.

Alaves come into this tie on the back of a 2-1 win over Eibar in matchday 15 of the La Liga Santander season, on back of two wins in their last three matches, they come into this tie boosting with confidence. They need to keep the momentum going to push up higher the table and with the team showing significant improvements in recent times, this could very well be their turnaround match up.

Both head into this fixture on back of some serious pressure from both ends. For Osasuna, a win could see them climb out of the relegation zone and with the team having scored eleven times in their last four matches, they are certainly not goal shy. Alaves are the favorites heading into this game but even they know this would be a stern challenge and a match that’s going to be a fight till the end. We expect both teams to score in this thrilling tie, 22bet offers the odd at 1.95.

Over 2.5 goals in The Strongest vs Club Blooming tie

Club Blooming head into the match having recovered from a run of three consecutive league losses with a 3-0 win over San Jose on the last matchday of the Bolivian League, They head into this crunch tie having won seven of their last eight home games and that could give them all the confidence they need to pull off something from this match.

The Strongest come into this game on fine form having won three of their last five games and sit second on the table with one point the only difference between them and top spot. They head into this tie knowing a win could see them top of the Bolivian League by new year’s day and stamp their authority as potential title winners.

All looks set in what looks to be a tricky encounter that has produced an over 2.5 goal haul in four of the last five encounters and with no telling who is coming tops in this encounter, we expect plenty of goals in this clash. Betwinner gives a good bargain for your money with a 1.60 odd that is expected to come through.

All odds are correct as at the time of this publication. Please gamble responsibly.