Best betting tips to bank on for Sunday 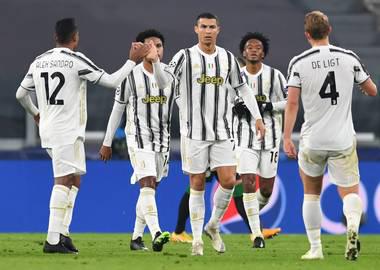 The race continues as different teams prepare to slug it out for all the top honors. Bookmakers Africa are on hand to give you the best odds pick today.

Juventus to win against Udinese

Defending champions Juventus saw their impressive 12-match unbeaten run come to an end when they lost to Fiorentina on the last Serie A matchday. They would be looking to bounce back from that disappointing game as they host Udinese to the Allianz Stadium in a very winnable game.

Udinese have been having a fairly average season with their 12th place standing on the log being fair to them given their strings of inconsistent results. They head to Juventus with the hopes of snatching an important point in this late Italian league game.

Previous seven encounters between this two sides has seen Juventus win six times and Udinese winning one, going by the head to head record, Udinese do not have much a say in this match but it’s an interesting fact to note they have only lost two of their last eight league games. Juventus on the other hand are in search of points to improve on their current 6th placing on the log and a win should take them back straight into the top four fold. 1xbet offers the odds to win at 1.57.

Goal galore in Huesca vs Barcelona

Bottom placed club Huesca would look to improve on their terrible La Liga form that has resigned them to the foot of the Spanish league summit (W1, D9, L3). They welcome Barcelona next to their ground and hope their impressive home form (W1, D4, L2) would be at play to help them through this stern Barca challenge.

Barcelona look to be off this season with a string of inconsistent results admonishing them go a current 6th placed standing on the league. They travel to Huesca with the hopes of snatching all vital points in this duel and climb up the table as we approach the half way fixture haul of the season.

Duels between this two teams have always proven to produce goals, with over 22 goals scored in the last 4 meetings between this two sides. With both teams having much at stake in this encounter, we expect plenty of goals and with Barcelona’s defense still stuttering, Huesca could very well score themselves. Betwinner offers the odds at 1.50.

Real Sociedad for the three points vs Osasuna

Despite winning just one off their last seven La Liga games, Real Sociedad still find themselves in the top three of the standing with the team brewing with confidence heading into thier next game. They welcome Osasuna to the ‘Anoeta’ and would look to improve on thier last league win.

Osasuna are currently 19th on the La Liga Santander log in what has been a very demanding season from them. However, a win today would see them move out of the relegation zone but even they know it’s going to be more harder than it looks. Three points would do them a whole lot of favor but the opposition they face are no push-overs.

Despite more than six of their players currently out with injury, Real Sociedad have shown their resilience with their current standing to show for it, They head into this match with the sole aim of getting all three points. Osasuna hasn’t had much luck in this tie with just one win in the last sixteen meetings between them. All looks set for a Real Sociedad win at the Anoeta and 22bet offers the odds at 1.65.

All odds are correct as at the time of this publication. Please gamble responsibly.