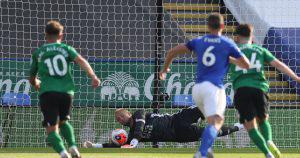 All eyes will be on the blockbuster clash between Chelsea and Manchester United at the Bridge on Thursday, but it is worth noting that there are two other clashes in the Premier League to take in.

While Burnley host struggling Watford at the Turf Moor, Arsenal travel to Southampton looking to arrest a poor run of results since the return of football in the English topflight. Go through our betting tips for these games and always remember to share with your friends!

Go for goals at Stamford Bridge:


Manchester City have been firing on all cylinders since they returned to action, and the 5-0 thumping of Burnley last time took their aggregate in their last two games to an astonishing 8-0.

The Citizens earlier made light work of Arsenal who were brushed aside 3-0, but Chelsea are expected to provide an even tougher outing on Thursday evening. The Blues on their part, have given themselves a real kick in the back in the race for the Champions League spots after coming from behind to secure a 2-1 win over Aston Villa last time.

The goals against Villa took their total league tally for goals scored to 53, and 40 for goals conceded which is the highest of all the teams in the top-six.

There have been over 2.5 goals scored in six of Chelsea’s last seven league games, while City have plundered 76 goals which is by far the highest any team have managed in the division.

It’s almost a certainty we will get to see goals, and loads of it here, and it is important for punters to back goals to suffice from this affair. 1xbet offers 1.74 for Over 2.5 match goals while Over 3.5 is priced 2.69.

After losing each of their last two league games, Mikel Arteta and Arsenal will be desperate to get back to winning ways against lowly Southampton, an are odds-on to do just that.

After losing 3-0 to Manchester City on their return to action, the clash with Brighton was one game the Gunners should have used as a springboard to bounce back, but instead they capitulated and were beaten 2-1, the Seagulls completing a double over their rivals for the first time ever.

The Gunners are on the verge of missing out on any European football for next season as they lie in tenth, six points adrift of Manchester United who occupy fifth place on the standings.

Southampton meanwhile eased relegation fears with a composed 3-0 win away to bottom side Norwich last Friday, and so headed into the midweek round of games ten points clear of the drop spots.

The Saints will be fired up for an upset, but we think Arsenal should just about claim all three points here. Bet9ja prices the Gunners to win here for odds of 1.55.

Burnley were humbled 5-0 by Manchester City last time out, as they fell for some ruthless finishing from the defending champions. The Clarets were unbeaten in each of their last five prior to the lockdown, winning twice and drawing three.

Watford salvaged a point with a late goal when they squared off against Leicester City on their return to office. Back them to cancel out themselves yet, which is priced 3.19 by Betway.